The chart below summarizes RCLCO’s list of the 50 top-selling communities through the first half of 2017, including a comparison with their 2016 mid-year new home sales. Irvine Ranch has been the top-selling MPC in the country thus far in 2017 with 1,088 sales. The Villages, which is nearing build-out, remains a strong seller but has settled into the number two spot for the third survey in a row. Meanwhile, Sarasota’s Lakewood Ranch has moved up the list following a sales increase of 73%, putting it firmly in third place for 2017 year-to-date. Also in Sarasota, West Villages takes the fourth-place spot this year with 526 sales year-to-date. Nocatee, another top community and one which ranked third overall in 2016, rounds out the fifth-place spot so far this year. 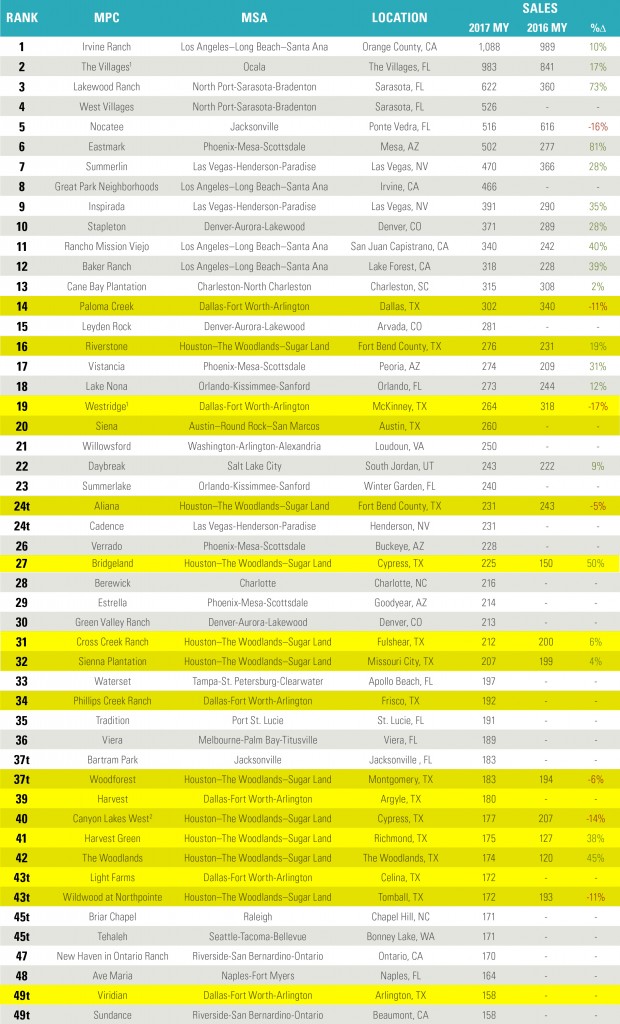